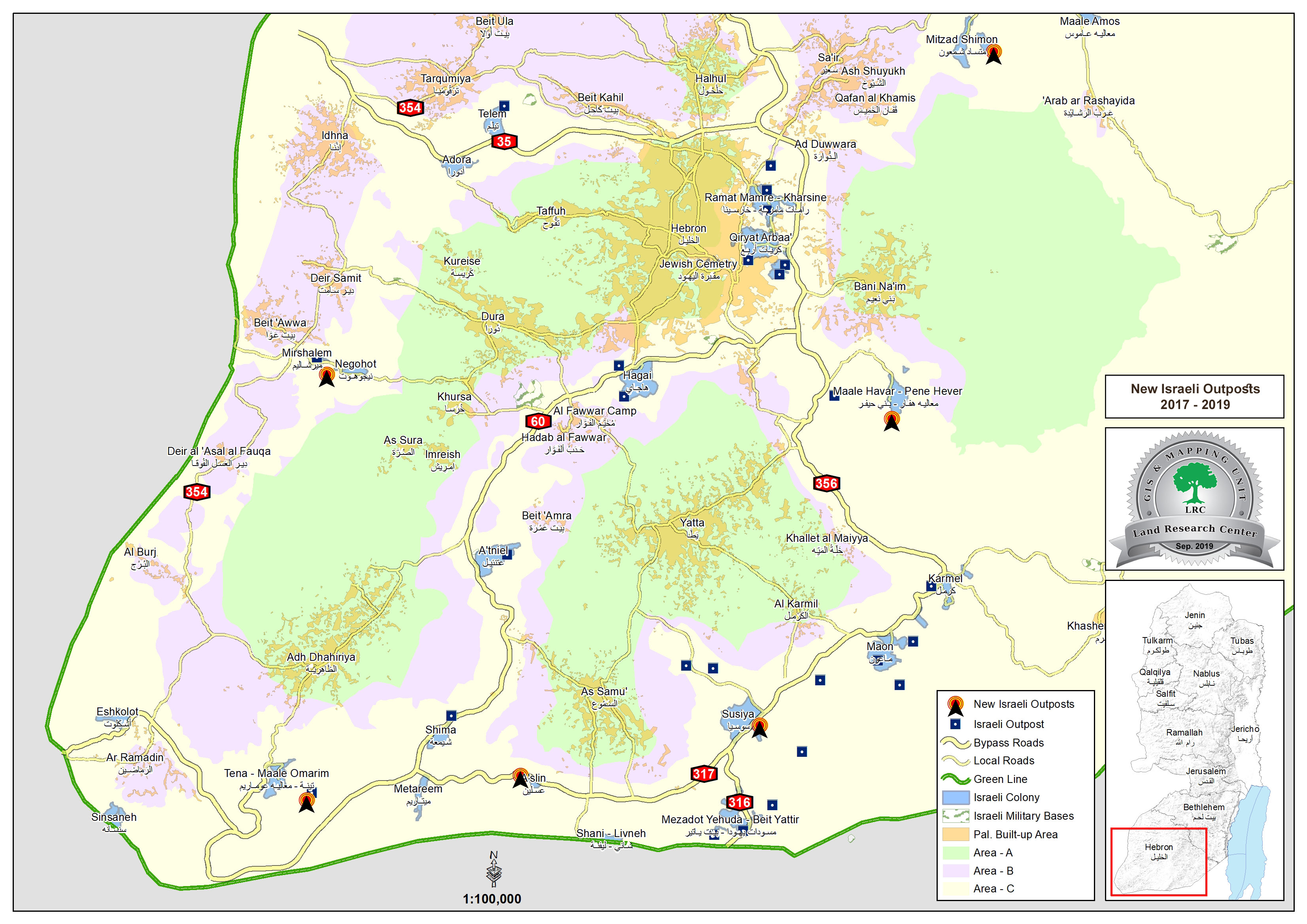 As reported by LRC field workers , the new outpost are built only few hundred meters away from large settlements built few years ago, it is also reported that the new outposts were built on the western , southern and eastern borders of the governorate, specifically on the lands of (Dura, Bani Naem, Yatta , As-Samou’, Adh-Dhaheriya, Sa’ir) towns.

Most of these outposts started with one caravan inhabited by a religious family or two . Apparently, caravans are used as they are easy to use and move from one location to another in case there was any emergency. Once the owners manage to get services (water and electricity) from a nearby settlement , the caravan is replaced with a more stable house of steel sheets  in an attempt to impose realities on the ground.

Despite the small size of such outposts, they managed to impose control over wide areas of Palestinian lands, the great majority of the outposts’ settlers are herders , who intentionally herd in plots belong to Palestinians, while they prohibit Palestinian farmers from accessing wide areas of postures , they also plant the surrounding plots without worrying about their Palestinian owners.

Such outposts also created geographical links between larger settlements , or even Annexed to settlements as a new neighborhood.  On the other hand, the occupation authorities legalized number of the outposts, through providing them with services , organizational plans and construction licenses, which is a new policy. Before few years, such outposts were considered illegal by the occupation authorities.

According to an Israeli newspaper in December 2018 , the “Israeli Minstrel Commission for Legal affairs” looked into “Settlement 2” project , which aims to legalize (66) outposts on Palestinian lands.

In May 2017 , the cabinet formed a staff to follow up the outposts legalization file with estimated budget of 10 million shekels (3 million $) annually for three years.

Hereby the outposts established on confiscated lands in Hebron between (2017-2019):

The outpost was supplied with electricity from “Negohot” settlement, and started growing gradually , settlers built a small stable and number of tents and barracks , and in July 2019 , settlers constructed a building of steel sheets in the outpost. 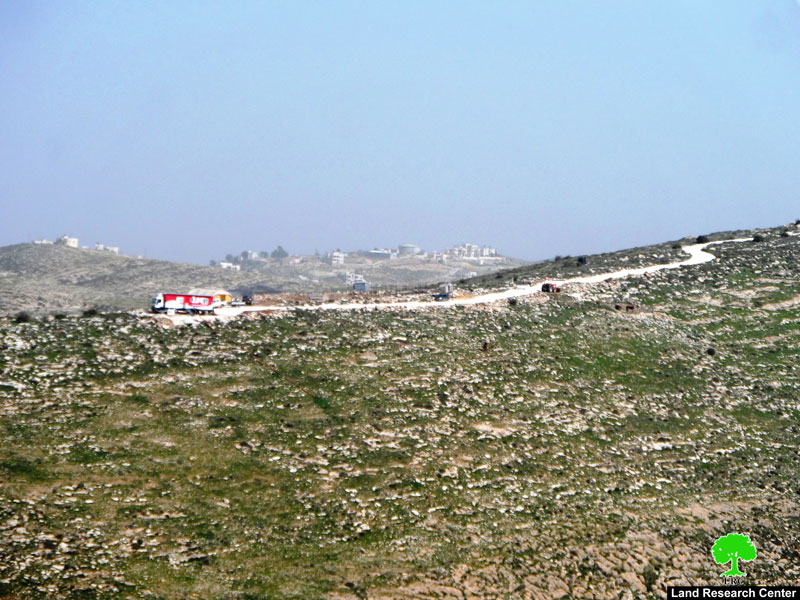 Bani Hevar south: it was established in May 2018, In “Al-Humra area” Bein Naim, and to the south east of Bani Hever , settlers opened a road between Bani Hever and a nearby hill, and brought a caravan for themselves, then built up a barn for their herd, the occupation forces protect them while they harass Palestinian farmers and prohibit them from accessing their lands. For more information, read the following report.

Asiael west: It was established early 2018 , on the lands of As-Smou’ town, it is located to the west of Asiael larger settlement which was established in 2002, a family of religious settlers brought a four-wheels van and started living in it , they also brought a cattle herd, and imposed their control over the area’s postures . Asiael West receives services from Asiael settlement.

There are several Arab communities close to the outpost, such as Khirbet Ar-Ratheem, Khirbet Widady and Khirbet Al-Kharaba.

Sosiya –East: It was established early 2019 on confiscated lands east-south Yatta , and east from “Sosiya” Israeli settlements , which provides the new outpost with services. The outpost was first established when a group of settlers put a tent east bypass 317, and a dirt road leading to bypass 317, then leveled the plot and started building structures at the location. 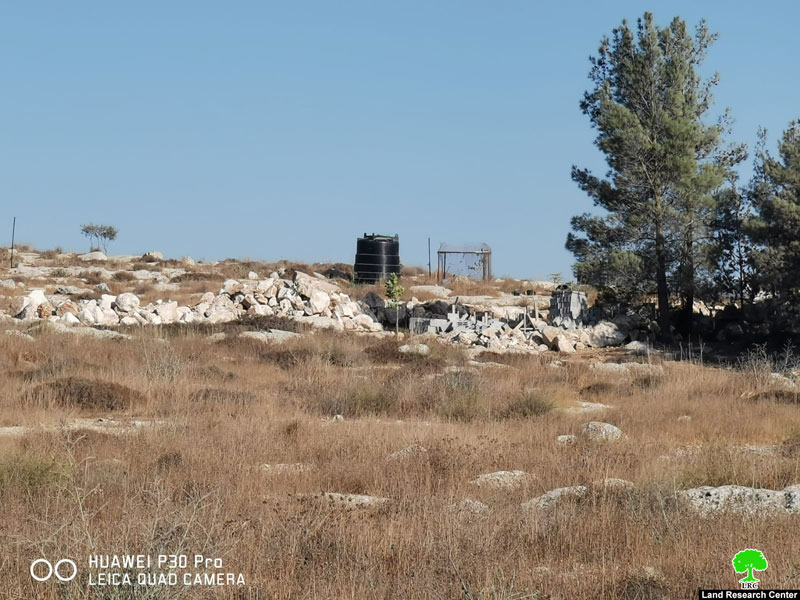 Shiptais Farm: It was established in 2017 , on Adh-Dhahiriya eastern lands , the outpost is located to the south of “Havat Mor” about 300 m away, and both of them are located east to “Tina Omarim” , and linked to it with a paved roads (1.5 km) , the outpost consists of about 15 facilities more of them are barns , and most of its settlers are herders, the outpost depends on solar cells for electricity supply, and on “Tina Omarim” settlement for services.

Beni Qidem Farm: It was established in 2017 , on confiscated lands from Sa’ir east Yatta, a  religious family of settlers brought a van and put it on a hill about 500 m from Bani Qidem settlement , then built up barns and barracks , and took over as much as they could of the area’s postures. 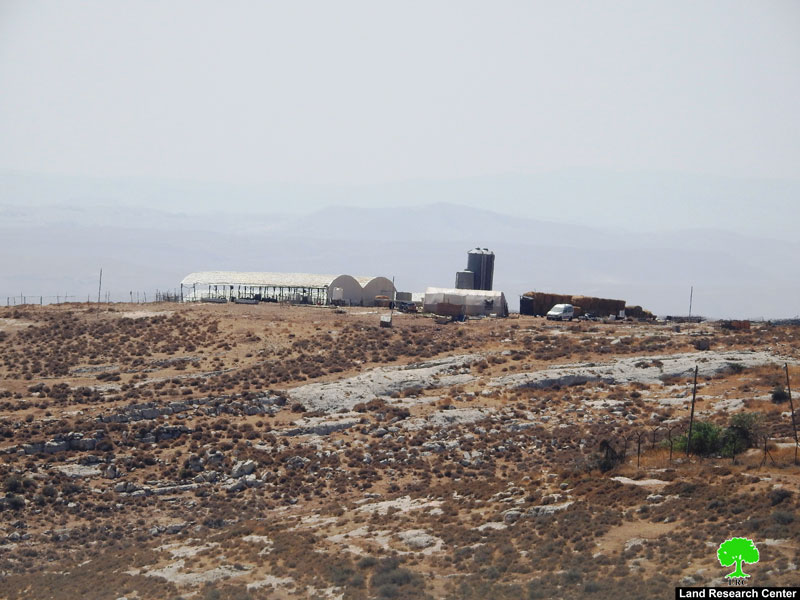 Noteworthy, such outposts are built on confiscated plots from Palestinian owners, the owners were suddenly denied accessing their lands, and received military orders that insure   they will never be able to access them again.