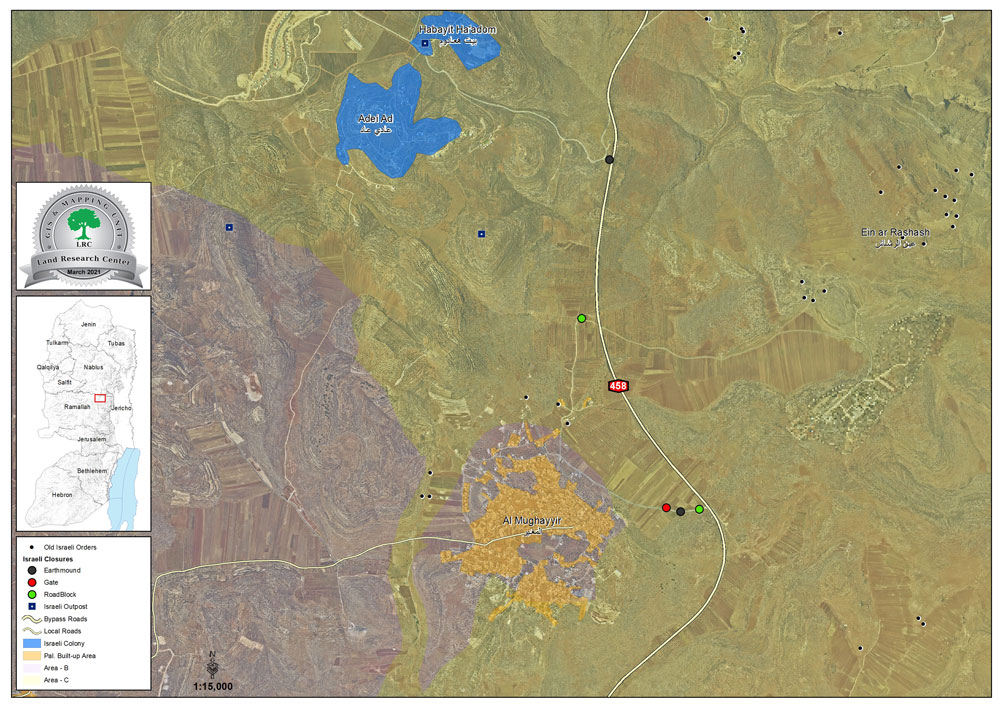 The targeted roads link several olive groves to bypass Alon, which was opened to serve number of colonies at the area. “Security” means protecting Israeli illegal colonists and hindering Palestinian farmers access to their lands, this is part of the occupation’s policies that aim to seize more Palestinian lands for the sake of colonialist projects.

Noteworthy, about 350 dunums of olive and almond groves were affected by the closures.

Village council head Ameen Abu ‘Alya told LRC: “What happens in Al-Mughayyir is a systematic Israeli plan that aims to create a new reality on the rubble of Al-Mughayyir and other villages north Ramallah..

The Closure of several roads is an attempt to humiliate Palestinians. before that, the occupation prohibited farmers from accessing lands in the Northern and Western areas nearby the illegal colony ‘Adei ‘Ad. There are also daily raids under “Security” claims. Eventually, through these policies the occupation attempts to create a harsh reality for Palestinians, in order to force families to leave the village.” 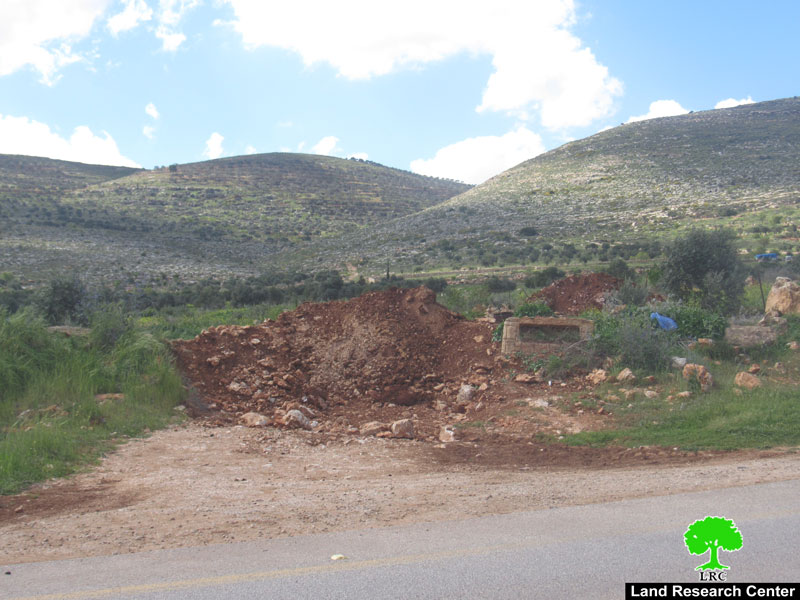 Photos 1-5: Photos of the closed roads

Al Mughayyir is located 30 km to the north east of Ramallah; it is inhabited by around 3,249 people according to the PCBS statistics conducted in 2017.

Most of the village agricultural fields are located in its eastern parts; its total area is 33055 dunums, 501 of which are built-up area.

The Occupation Authorities closures in West Bank governorates is a violation of Movement Rights imposed by international treaties:

Article 5 International Convention of Elimination of all forms of Racial Discrimination:

(d) Other civil rights, in particular:

(i) The right to freedom of movement and residence within the border of the State;

(ii) The right to leave any country, including one's own, and to return to one's country;