Violation: cutting down and sabotaging trees

On February 15, 2021, a group of Israeli settlers from the outpost newly established on confiscated lands from the Palestinian village of Ras Karkar sneaked into the area locally known as “Wad Hirzallah” in Al-Janyeh village and sabotaged 17 olive seedlings aging four years. It is reported that the trees were hit with huge rocks and that the fence surrounding the parcel was cut down and sabotaged.  Noteworthy, the parcel is owned by the Palestinian farmer Satti Fakhaideh (67 years).

“I own three dunums of lands that are planted with olive trees. The land is located to the north of the village and is only 180 meters away from the village’s houses. Two years ago, I planted more olive seedlings even though settlers never stopped harassing me while doing so. They even threatened my life and expelled me out of my land repeatedly. Settlers of Talmon are only 500 meters from my land”

“I received a phone call from one of my relatives saying that there are some settlers present in my land. Once I arrived to the location, I found out that 17 olive seedlings were sabotaged. My neighbor Amjad Fakhaideh told me that he saw three settlers fleeing towards the newly established outpost in the area. After I checked the damages, I found out the protection fences surrounding each seedling were sabotaged. I filed a complaint to the Israeli Police, but it was to no avail”".

Photos 1-4: the damages that followed the attack

It worth mentioning that a group of settlers from Talmon settlement established a new outpost on lands confiscated from Palestinians. The residents of this outpost frequently carry out attacks and harassments on Palestinian farmers and lands. For more information on the outpost, visit this link. 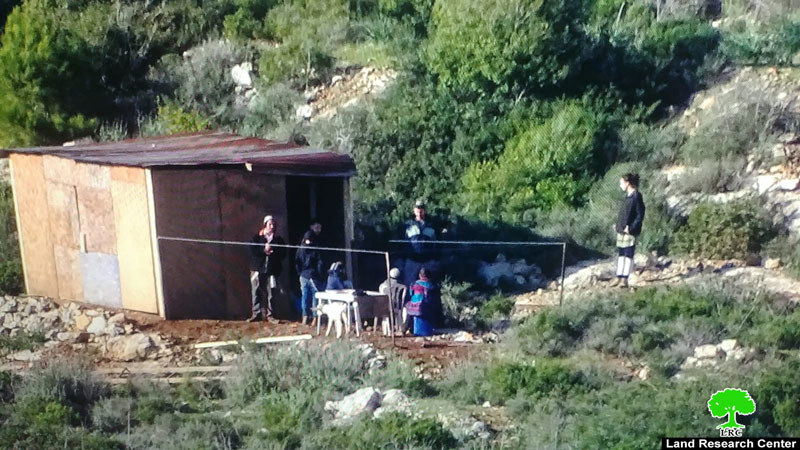 The village has a total area of 8519 dunums, of which 257 are considered built-up area.

Israeli settlement established on lands of the village:

lands classifications according to Oslo Agreement: