Perpetrators: The building inspector at the Israeli Civil Administration.

Monday morning, September 19th 2022 , a number of violations that target citizens lives and farmlands were reported, the occupation’s aim is to prohibit land use at these lands and even to exclude Palestinian from living at this location.

A massive army force accompanied by the building inspector at the Israeli Civil Administration raided Bulqa area south Al-‘Auja town , and carried on dismantling and confiscating five tents (Each one is 8 m2) , two larger tents (each one of 45 m2),  5 solar panels , and dismantling a siege about 140 m2, the troops also confiscated a mobile bathroom that was installed by campaigners on a land rented form the Islamic Endowment. The occupation claims that the area is a  closed military zones . The confiscated properties were taken by Israeli trucks to a nearby military camp after handing a confiscation notice.

Photos 1-3 : The Occupation confiscating tents , solar panels and a siege

“ A year ago , I rented a plot with a total area of 35 dunums south Al-‘Auja ,The plot had been abandoned for  many years due to military trainings conducted at the area. My family and I planted a part of the plot with melons , and the rest of it was used for an environmental summer camp, where tens of tents (8 m2 each) , 8 tents  (45 m2 each) ,solar panels , and a siege were installed . However, a few day later I was surprised by the occupation raiding the area , and confiscating 7 tents , a siege , solar panels , under claims that the properties are installed within a closed military zone.”

Photos 4-6: Location of the confiscated properties 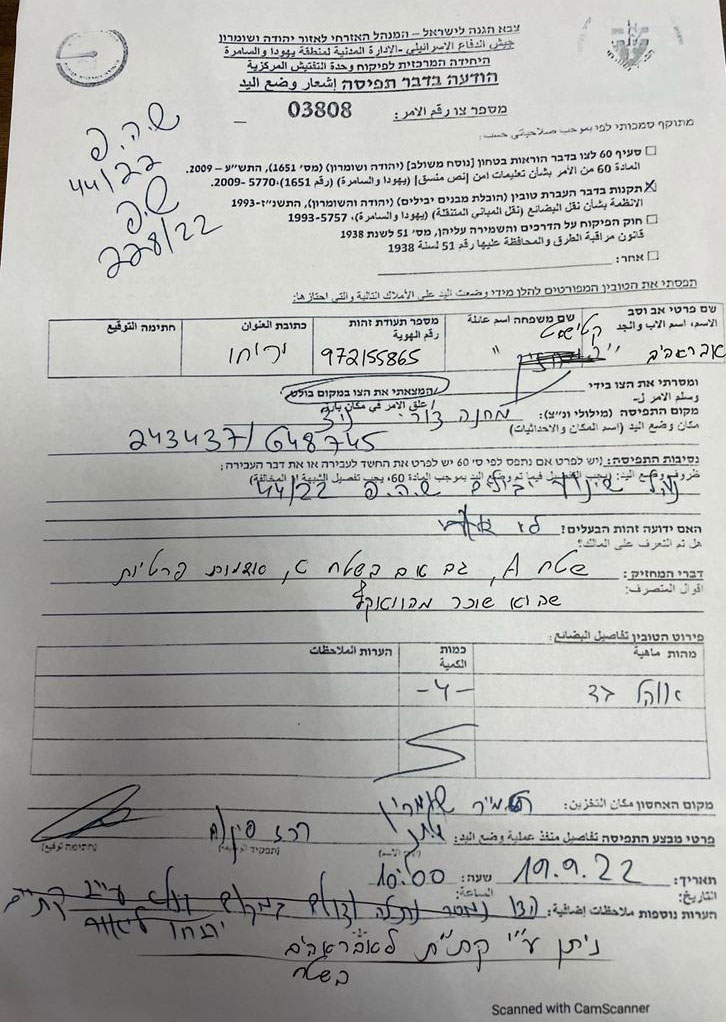 “The main reason of environmental military camp was to explain the importance of the Jordan valley , but the occupation destroyed it like everything else.”

Confiscating a Siege in ‘Osaj village:

The Occupation also confiscated and dismantled 120 m2 of a siege that surrounds two pieces of land with a total area of 2 dunums for each, the targeted plots belong to citizens: Ahmed Al-Hashash and Ameen Malsh from Jericho city .

During the last July , ‘Osaj village was a target of Israeli restrictions , under claims that the village is a closed military zone.