Perpetrators: The building inspector at the Israeli Civil Administration.

The following table shows more information about the targeted facilities:

The two families live at the area only during winter, in summer they move to An-Nuwe’ima area, and during winter they are back to Ad-Duyuk Al-Fouqa.

Noteworthy, The Israeli Building inspector demolished ‘Imad’s structures previously in July 3rd 2022 , following military order no (40500) which orders a halt of work on the pretext of building without a license. Noteworthy, the affected citizen does not have completed legal papers for the land which makes him and his family an easy target to the Israeli Occupation. 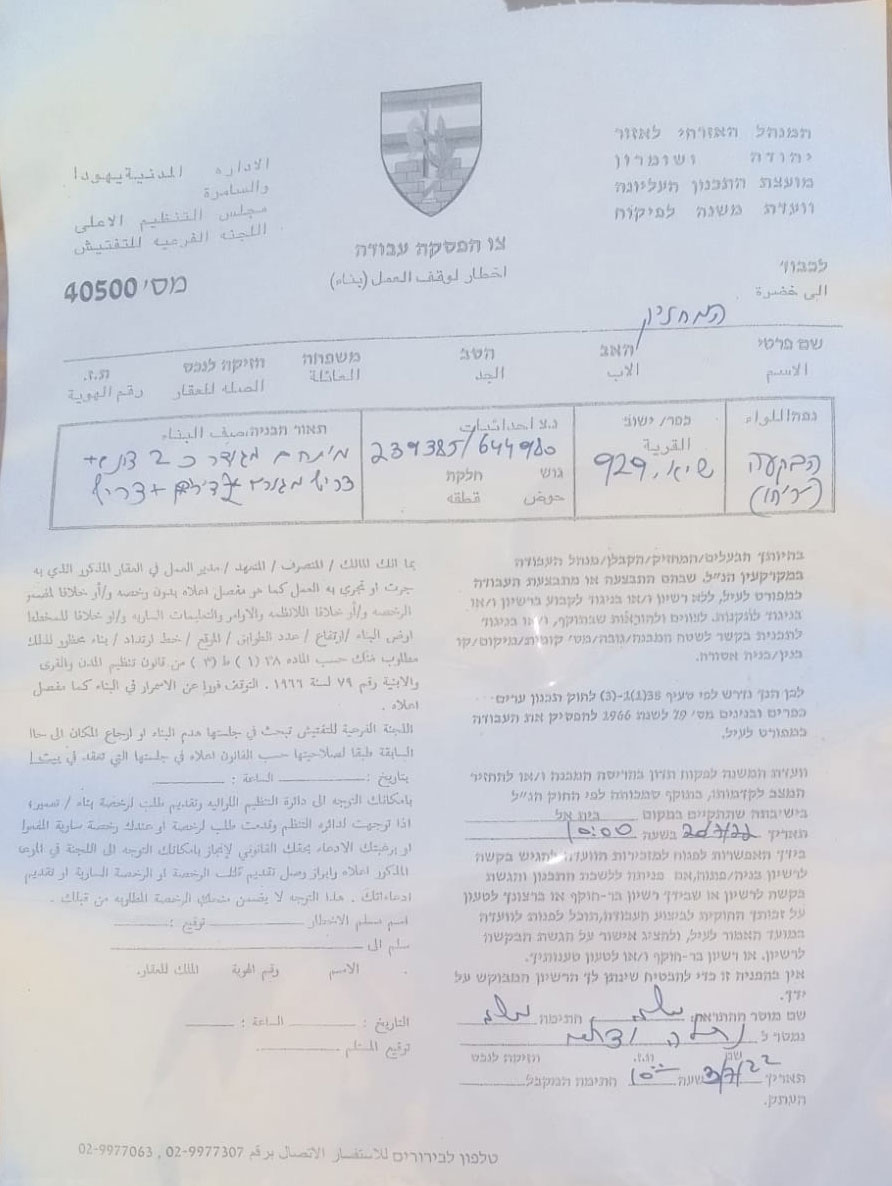 “I have been living in Ad-Duyuk At-Tehta for more than 15 years and I depend on Cattle breeding as a main source of income , I was shocked when I saw the notice hanged on one of the structures last July , and that is when I started preparing a legal file , and I went to several bodies seeking for help but in vain , and despite the occupation demolished our structures but we will hold on to our land no matter what happens.”

Ad-Duyuk Al-Fouqa is a hot target for Israeli Violations. Part of that is because Only 500 m away from the demolition site , Illegal colonists built the illegal colony Mevo’ut Yeriho which is continuously growing on Palestinian’s land, while the people of the land  are deprived from their right to live in dignity on their own land.