Violation: Demolition of a house.

Monday , October 3rd 2021 , the Israeli Occupation Authorities demolished a house belongs to Citizen Musa Al-‘Amour , on the pretext of building without a license in Ar-Rafa’iya east Yatta , Hebron Governorate.

Al-‘Amour testified: “A massive army force , border guards , employees from the building and organization department and two Hyundai excavators raided the village at 9:00 am , and implemented the demolition.”

The Occupation machineries demolished the under construction house , with a total area of 140 m2 , the construction process was in advancement and a ceiling was about to be installed . The targeted house was supposed to be a home for a family of (6) , among them 4 children. 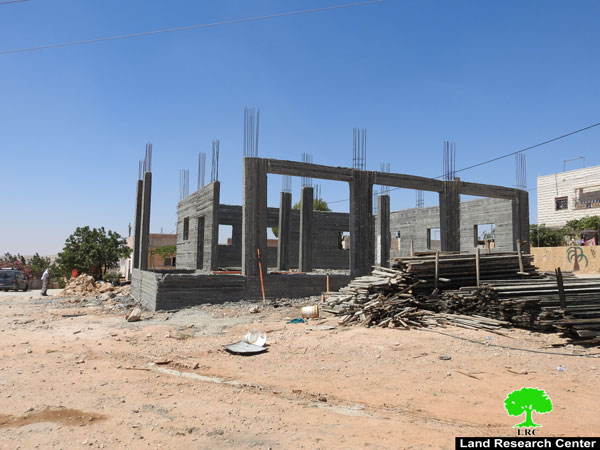 Photo 2: The house after the demolition

The owner said that he received a demolition notice in July 20th 2022, and took it in reference to military order no 1797 which targets uninhabited or newly constructed buildings.

The received notice was numbered (20471) and ordered the owner to demolish his own house within 96 hours , in case the owner did not carry out the demolition , the troops will come over and viciously level it to the ground. Al-‘Amour assigned a lawyer to follow up the case and submit a petition , and paid for court fees but in vain. 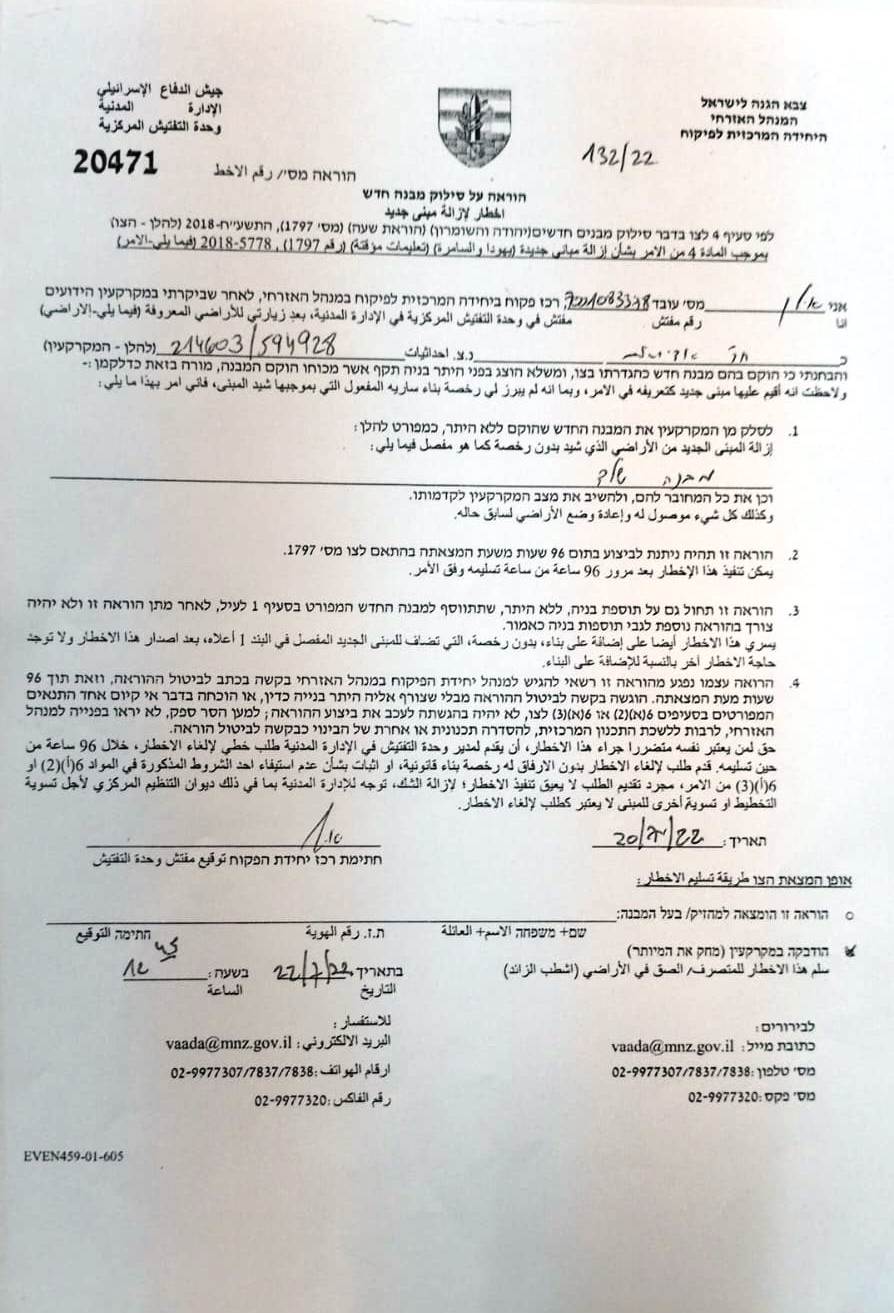 The Occupation machineries devoured the family dream to live in an adequate and safe home in only few minutes.

The village has a population of 1000, The occupation devoured vast parts of the village lands for bypass 356 , and implemented several demolition operations at the village.