Israeli Declares its Intention to Establish a New Colony in Al Walajah:

Israeli sources uncovered on the 30th of September, 2009, a plan to build 13,600 colonial units atop lands of the Palestinian village of Al Walajah. The plan will be presented during the upcoming weeks to the District Committee for Organization and Building in the Israeli Ministry of Interior in addition to the Planning Committee in the Jerusalem Municipality for their approval. The approval of the plan necessitates the demolition of a large number of houses in Al Walajah as the Jerusalem Municipality has throughout the years already demolished more than 26 Palestinian houses under a number of pretexts most notable of which is building without a permit. 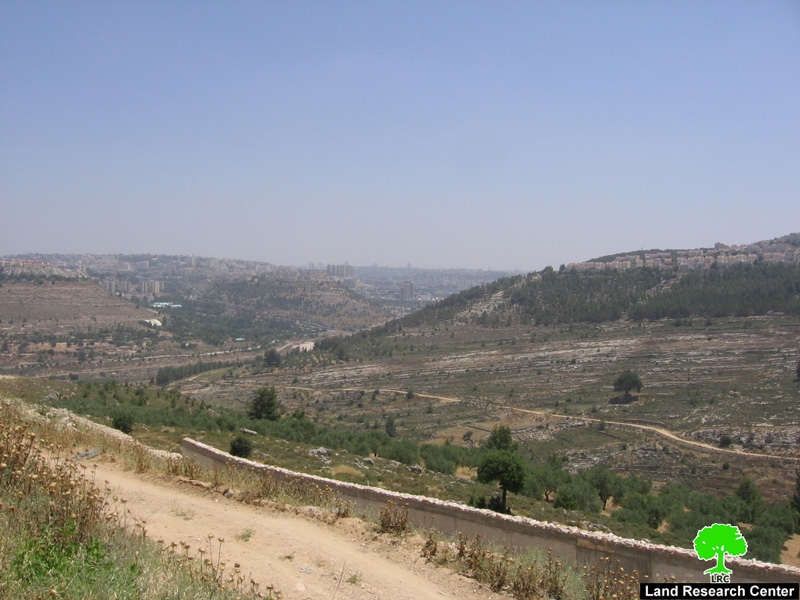 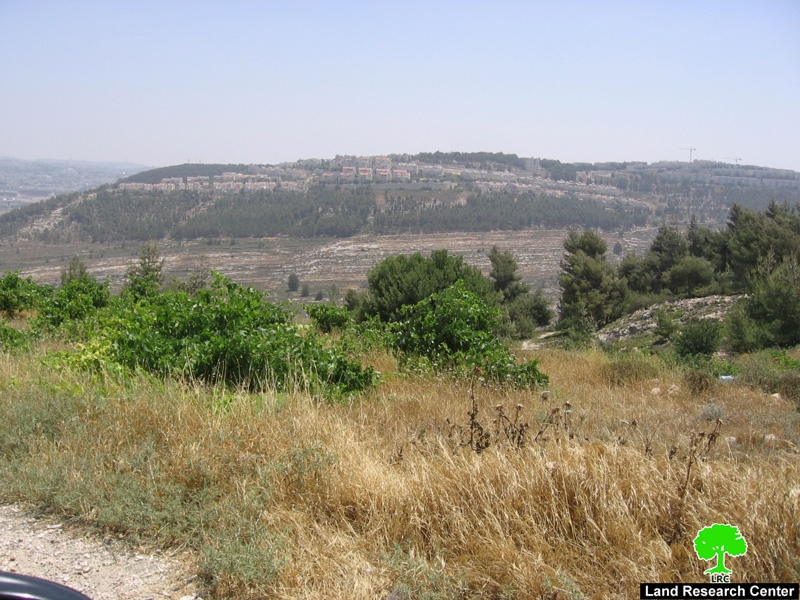 The targeted lands in the village of Al Walajah

The Israeli authorities are striving to implement this new colonial plan. The proof is the fact that the construction of the Racist Wall has stopped at the outskirts of the village as to allow for the construction of this new colony. Initial estimates indicate that more than 3,000 dunums will be confiscated for the purpose of establishing the colony which will serve as a bridge connecting between Jerusalem, the colony of Gilo and the colonies in Gush Etzion.

5 kilometer northwestern Ramallah, Al Walaja is surrounded by Battir  (west), Sharafat (east), and Beit Jala (south). Al Walaja has a total population of 2041 people according to statistics conducted in 2007. It has a total area of 4327 of which 446 dunums are a built-up area of the village.

Moreover, bypass number '436 took over 246 dunums of the village lands in addition to the Apartheid Wall that damaged 69 dunums and is expected to isolate 4171 dunums. The length of the wall built on Al Walaja lands is 6942 meters.

According to Oslo Accords, 3% of Al Walaja is under Area B (PA is in charge of civil matters with Israel responsible for security). However,  most of the village lands (97%) is under Area C (Israel maintains full security and administrative control). Here are the area in dunums:

Land Research Center LRC sees the fraud techniques aiming at circumventing the law  to seize Palestinian properties and lands as illegal and lawfully invalid according to UN resolutions, which stated that:

" any actions taken by Israel, the occupying Power, to impose its laws, jurisdiction and administration on the Holy City of Jerusalem are illegal and therefore null and void and have no validity whatsoever, and calls upon Israel to cease all such illegal and unilateral measures".

Therefore, any act of purchase or sell undertaken by Israel  such like is invalid. Land Research Center  calls upon stockholders and landlords to demand and defend their rights of housing and to sue associations responsible of seizure.

This report is part of Kan'an Project Activities