Sunday December 8th 2019, A massive army force raided Wad Rahal and gave citizen Anwar Fawaghra a halt of work notice on his greenhouse in An-Nahla area, on the pretext of building without licenses.

The Occupation Authorities ordered the immediate stoppage of construction works, and the subcommittee will decide the fate of the structure in their session - Dec 16th at Beit El military court.

An-Nahla area in Wad Rahal is a hotspot for Israeli Human Rights violations and settlers’ assaults, Israeli settlers have expansionist schemes for the area, and in order to get rid of the lands’ indigenous people, they carry out daily tours in An-Nahla and harass Palestinian farmers.

Khallet An-Nahla is surround be several Bethlehem villages, most of them are affected by settlers violence, and in case settlers grabbed the land and annexed it with Tuqu’ illegal settlement (not to be mistaken to the Palestinian village of Taqu’) , people of the area will be in danger and face arbitrary measurement from  the Israeli government for the sake of settlers’ security.

The following table shows more information about the targeted facilities: 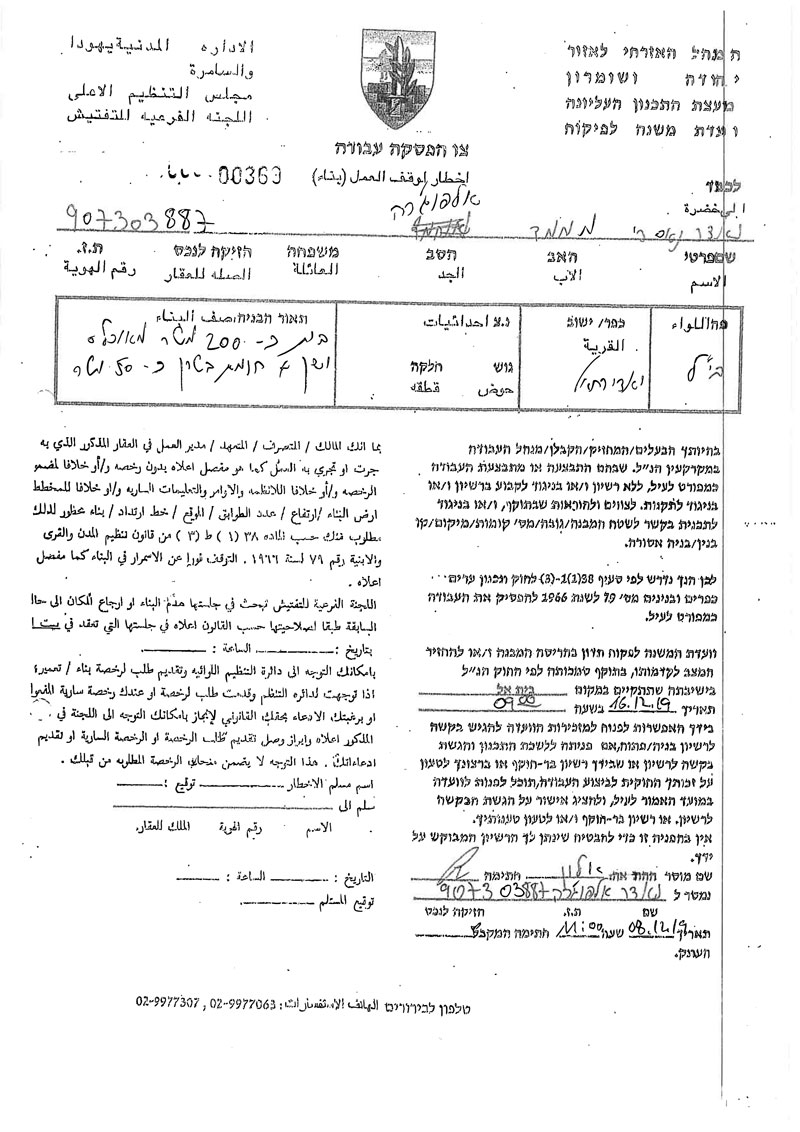 Oslo accords divided the town as the following:

This report was prepared with the financial support of EU