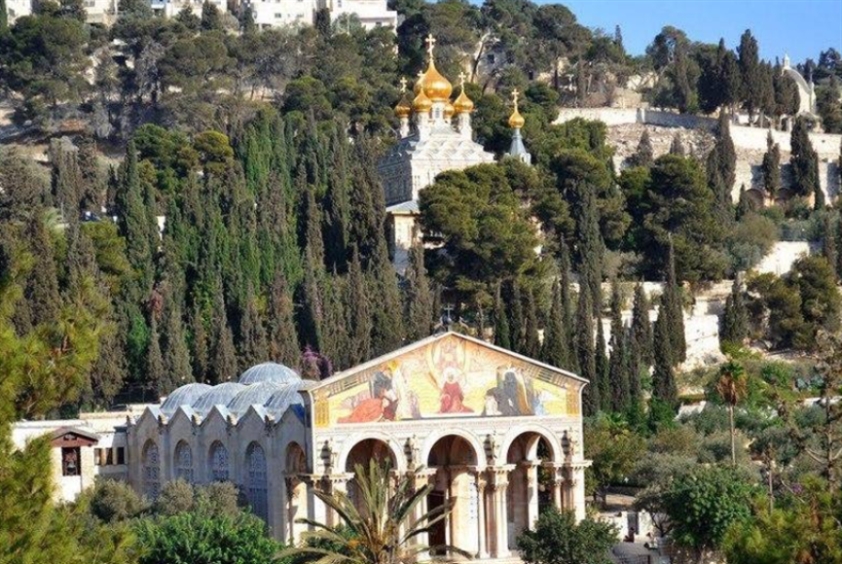 Jewish extremist colonist caries out an arson attack at Church of All Nations built on the traditional site of the Garden of Gethsemane, the perpetrator poured out a flammable liquid on the wooden benches of the church, Palestinians who live in the area managed to stop the fire before it burns down one of Jerusalem’s most iconic churches.

Worshippers called the Israeli Police; they showed up and arrested him  , and it turned out that the perpetrator is an Israeli extremist Jewish who carried out several attacks against Palestinian properties and worshipping places.

Reportedly, residents of the area heard the screams of the church’s caretaker, and rushed inside the church to control the fire as quickly as possible.

This is a new episode of a series of extremist Jewish Attacks targeting Christian and Islamic holy sites , The Israeli police do  not take these reports and complaints seriously , and do not take real measures to protect non-Jewish holy sites and worshipping places, this gives an under-the-table permission to Israeli extremist groups to carry out attacks against holy places.

Church of All Nations is a Christian holy site is Jerusalem, Known for its beautiful architecture and a mosaic that depicts Jesus Christ, the church was built between 1919 – 1924.

The arson attack on Church of All Nations reminds us of a history of violence against churches and mosques carried out by Israeli terrorists, starting with setting fire in Al-Aqsa compound in 1968 , following that several attacks targeting churches and mosques. other than arsons , writing hatred and extremist slogans, and destroying components. LRC Israeli violations monitoring team documented 197 attacks on mosques, 33 attacks on churches, other than assaults targeting shrines and other holy sites since 1967 and until this day.

Protecting marginalized communities in Jerusalem through legal support and advocacy

This report was prepared with EU funding, the contents of this document do not reflect positions of the European Union