Scheme to Expand Mevo Horon Colony on 258 dunums in Ramallah 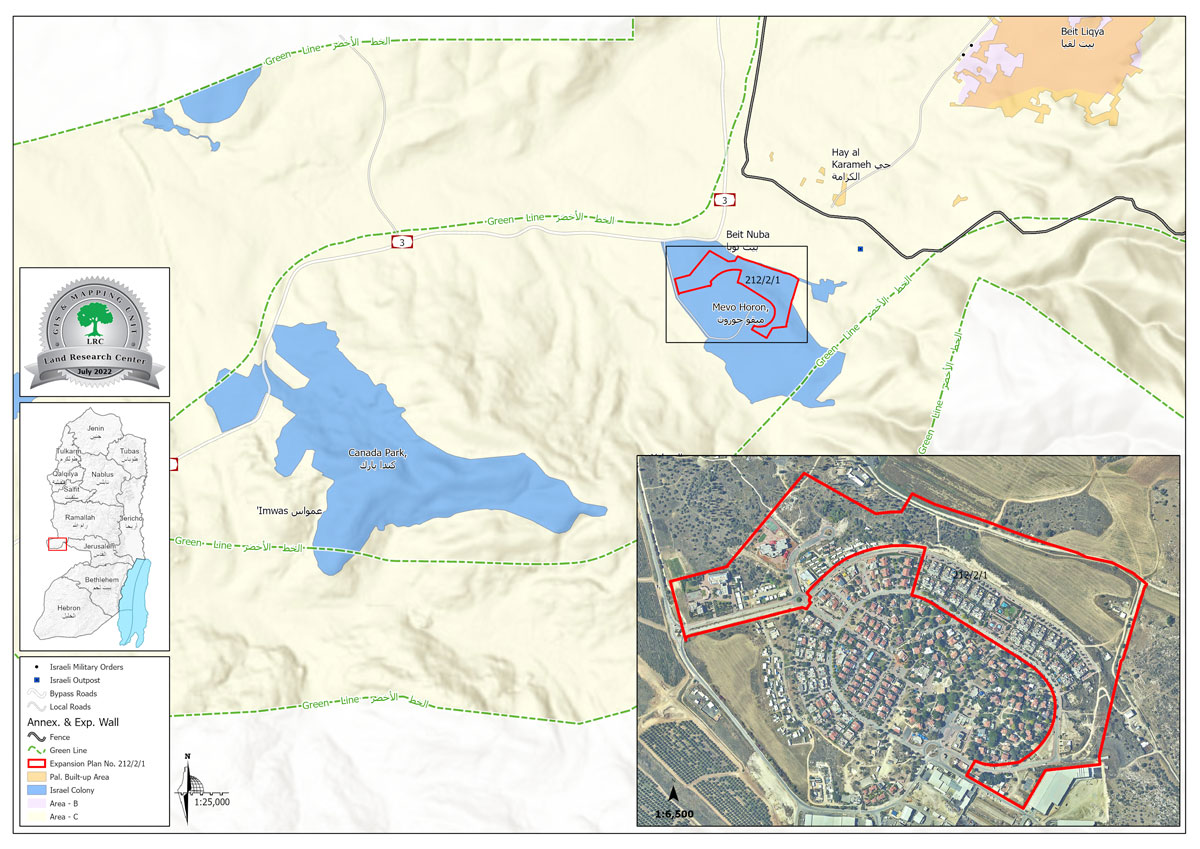 The new scheme is numbered (1/2/212) , which has a total area of (258 dunums) of private Palestinian lands that were previously closed with military orders.

The targeted lands are in Natural block 2 , a part of “Khirbet Rekobes” of Beit Liqya and Beit Nuba lands south Ramallah.

Reportedly, The plan was ratified at the end of June 2022 , it mainly includes allowing the construction of (258) outposts , in addition to roads , institutions, parking lots , a cemetery and others , the scheme is available for objections for 60 days.

The new plan will surround the colony from the three sides (north, south, and east) , which will establish a large colonial cluster , and will devour agricultural lands planted with winter crops.

The Notice was issued by the department that confiscates lands for military necessities , noting that the land was confiscated previously for military purposes , but the occupation authorities transformed it into a colonial expansion territory.

The publication was issued in reference to military order (977) issued in (1982) which forces Colonization subcommittee to file applications to military departments in order to deposit new colonial schemes on lands confiscated for military purposes.

The targeted lands are originally registered as private Palestinian properties not “state lands” , not to deny that colonization is illegal on all the west bank according to international law no matter what is the land use or registration.

The occupation authorities imposed their control over the land for military necessities , and now they are using it for colonial expansion , which is a violation of international Law. 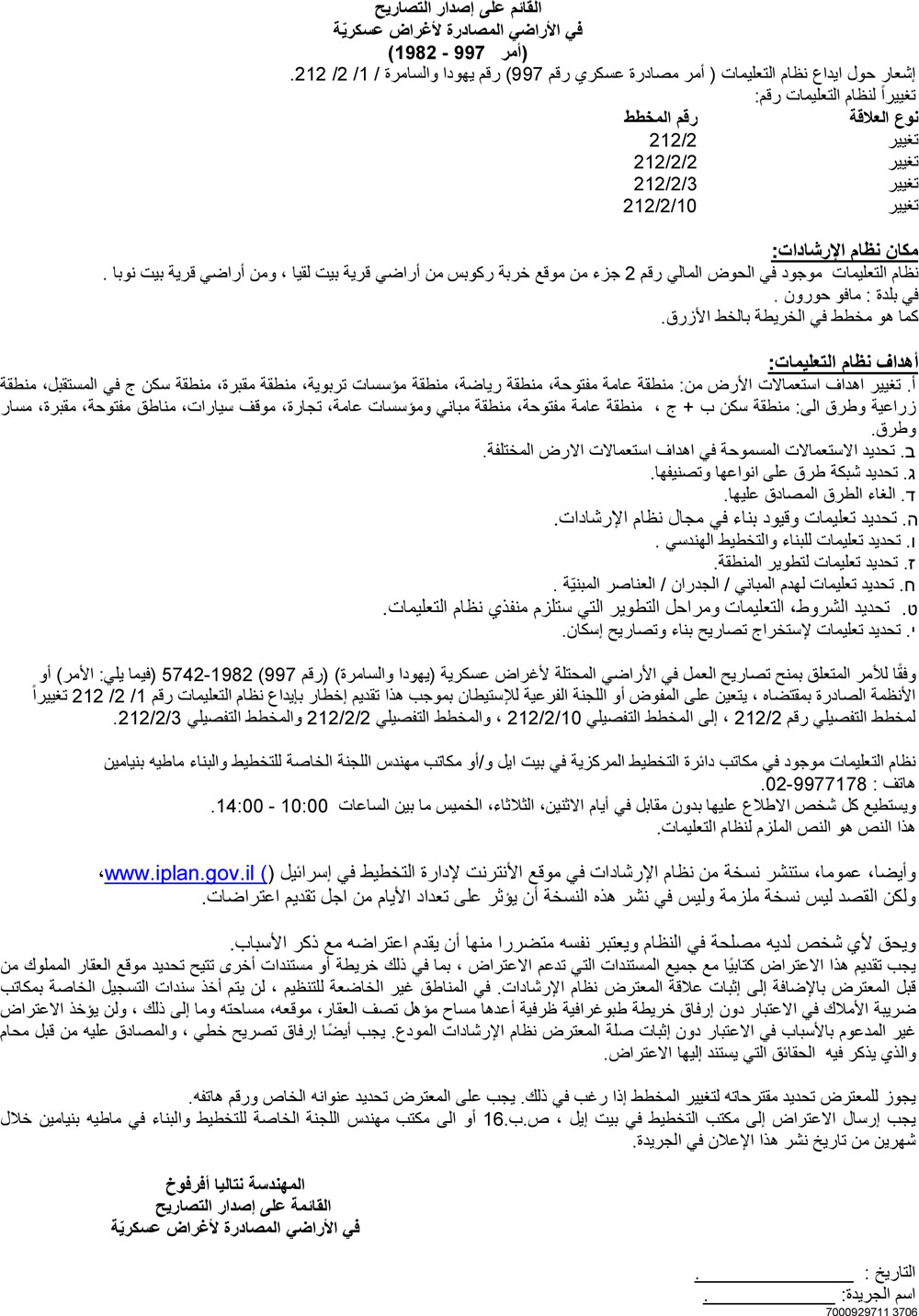 Human Rights activists and institutions find that this case is related to the occupation authorities recent resolution for Alon Moreh colony which was built on a private Palestinian land  after the occupation forces took over it for military necessities , and after the colony was planted on the lands , the Palestinian land owners objected , and the Israeli supreme court had to issue an eviction notice for the residents of the illegal colony following long series of court sessions.

Depositing the colonial plan by the Military Necessities Commander into colonization schemes department is a way to manipulate land use laws. And Resolution (997) 1982 – 5742 is illegal that it gives permission to illegal Israeli colonists to build on a land confiscated for military necessities which contradicts with international laws.